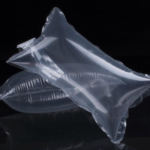 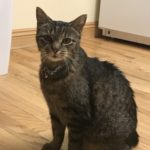 What could these two pictures have in common? Read on to find out!

It may seem counterintuitive to admit when something didn’t go quite right—especially when starting a business, but “mistakes” are often our greatest teachers. With that in mind, I would like to share a story with you about a pet sitting that didn’t go as planned and what I have learned from it.

I was hired to help take care of a cat, *Bunny. Her owner, *Melissa, had Alzheimer’s. One of her daughters picked out the cat from the Humane Society to keep her mom company. They chose Bunny, because she appeared to be calm and was older, so it seemed to be a good fit.

The original request from the family was to help them with some “minor” health issues that Bunny had and to check in about 3 times a week to make sure that Bunny was getting fed and the cat box was getting scooped.

Bunny had had exploratory thyroid surgery, and she was having quite a bit of gastrointestinal upset. She had been turned over to the Humane Society, had surgery, sent to a foster home, and then returned to the Humane Society. The thyroid was ok, and it was plausible to believe that she would get better when she was settled into a home. Give her medicine for her gastrointestinal upset and her health issues would clear up, right?

Instead of getting better, though, things began to get worse. Melissa began telling me that the cat was yowling at night. She didn’t like it at all; who likes to get woke up at all hours? But she was unable to describe the yowling. Was it loud? Well, yeah, sort of. Was it pain? Well it could be, but I’ve never heard a cat sound like that before. We had suspected hip/lower spine pain, because the cat would hiss when petted there. I went to the vet for pain medication and joint supplements. The pain medication and joint supplement did seem to help with the pain but not with the yowling.

After starting the supplements, Bunny’s poo became very dark and sticky. I was thinking that she was bleeding in her upper gastrointestinal tract. I had the presence of mind to talk to the veterinarian about whether the supplements could cause this change. The vet didn’t think so but asked what supplement I had. They had sent home the wrong supplement, and it was the supplement that was causing the poo to be dark and sticky. It was a relief that at least Bunny didn’t have another health issue!

At some point in this whole process, Bunny had begun occasionally pottying and pooing out of the litter box. I helped clean up Bunny’s messes, and suggested to the family that the box be cleaned daily which they agreed to. (Often cats potty and poo out of the litter box, because it’s not clean enough.) A cleaner box did help initially but not for the long run.

By now the owner and the cat are super unhappy. The family decided that Bunny should go back to the Humane Society, but I couldn’t do it. The Humane Society wouldn’t have told me what they planned to do with her. One of the biggest reasons that cats are turned in to a shelter is for urinating and/or defecating outside the litter box. I didn’t want this 10-year-old cat who had been through so much already to be put to sleep. I asked the owner if I could take her to my house to try to sort out her health and behavioral issues. They agreed.

The first step was to destress this poor cat. I put her in the basement all by herself. I went down there often to feed her, pet her, and check on her, but she had free run of the basement and no other animals to deal with.

I did notice, while I cared for Bunny at Melissa’s house, that Bunny was jumpy. I would walk up to her to pet her and she would jump and make a loud, surprised sort of meow. I really thought that I just surprised her while she was sleeping. She continued this jumpy, loud meowing in the basement as well. If she wasn’t looking in my direction, it would scare her when I touched her.

It finally clicked! Could this cat be hard of hearing? I had never dealt with a hard of hearing animal before. I did some research and discovered that cats can get hard of hearing with age just like people and they tend to be very loud or completely nonvocal. I started to pay closer attention to her body language and realized that her ears never twitched at voices at normal volume. Nor did she turn to look at me when I walked into a room—ever.

I began to flip the lights on and off several times before going downstairs. She didn’t always turn to face the direction of the stairs, but she quit jumping, and she quit making the loud surprised meow. I started to hear purring every time that I went downstairs, and she rubbed against me more. The consistency of her poo began to be less extreme. She wasn’t being scared all the time! Poor kitty!

I have also discovered that Bunny cares about how and when she is petted. Melissa used to pet Bunny the opposite way that her hair laid. This seemed mildly annoying to Bunny, but she didn’t protest other than to turn her ears. When she rubs on me now and I pet her (mistakenly thinking that her rubbing means “pet me”) she often gives me warning bites. She’s not very into petting (much less petting the wrong way)! She does love to snuggle at times, but even that isn’t necessarily and invitation to pet. (When she wants to be petted, she gets in my lap or looks at me, and that doesn’t mean to pet her indefinitely!)

But all of this analysis means nothing unless I decide how to handle the next similar case that is stumping me. I don’t believe that I am just there to do what I’m told and go home. I am there as a resource for my clients and to improve the relationship between the pet and pet parent. So what happened here?

I clearly was unable to put all of the pieces together until the cat was in my home so that I could observe her more closely, but that isn’t good enough. How could I have discovered this while she was in her original home? How could I have improved the pet/pet parent relationship or was that even an appropriate goal in this case?

It can be very difficult to know what an animal will be like once they are not petrified, like many pets are in a shelter. (She didn’t show me her likes and dislikes about petting until I was able to communicate with her without scaring her, by turning the lights off and on and/or moving so that she can see me before touching her.) Part of her unhappiness was that she was scared of people just coming up and touching her; part of it was that she didn’t want to be handled the way that she was. She seemed to tolerate the petting and the fear fairly well. In reality, she was miserable and too scared to show it. That’s just a fact to be aware of when you adopt. Some animals freeze when they’re afraid.

My bias toward keeping the pet in their home and not getting them landed in the shelter is usually justifiable, but, in this case, it wasn’t helpful to anyone. Once I saw that the cat’s symptoms were not resolving and that the cat and the owner were getting more and more miserable under the same roof, I should have recommended getting another cat, and I should have suggested that I help them pick out an appropriate companion. If I had done that much sooner, the owner wouldn’t have felt like she failed, and a cat (albeit a different cat) would still have had a nice home.

For the next pet pairing that doesn’t go quite right, I will also get video and audio equipment. Seeing the cat’s fearful reactions, hearing the yowling, and  seeing it all in context helped me to put together the fact that she wasn’t hearing well enough. And I will have this experience to go forward with as well.

Even though this is not what I would have liked to have happened, I value the experience and the lessons that I have learned. I am still invested in keeping pets in their homes, but I have to be aware of the blind spot that that can create, and I have to remember to ask myself ‘Would it be better to put this pet in a different environment?” Not all matches are going to work.

How is the cat fitting in at my house? I definitely don’t regret taking this cat home; that’s how I figured out what was bothering her. I would love to say that all is harmonious, and I could say that, but it would not be the truth. It turns out that this little girl has quite the attitude! My cats have lived with lots of cats their whole lives and don’t understand why this new kitty doesn’t want to be their best friend. But they are starting to give her more space, and she is starting to realize that they aren’t going to hurt her. Their introduction to each other has been long and slow, but it is moving forward.

*The names have been changed to protect my customer’s privacy.